If you’ve been affected by crime, call your local victim care team in Avon and Somerset. Lines are open 9.30am-5.30pm Mondays, Wednesdays and Fridays, and 11am-7pm on Tuesdays and Thursdays.

Out of hours Supportline

If you need support outside of our open hours, call our Supportline for free on 08 08 16 89 111 or request support via our website.

Get help from your local team

Lines are open 9.30am-5.30pm Mondays, Wednesdays and Fridays, and 11am-7pm on Tuesdays and Thursdays.

If you need support outside of our open hours, call our Supportline for free on 08 08 16 89 111 or request support via our website.

As a result of the Coronavirus pandemic we have made our free live chat support service available 24/7.

Create a free account on My Support Space – an online resource containing interactive guides to help you manage the impact that crime has had on you.

How we can help

We give emotional and practical help to people who have been affected by crime in Avon and Somerset. We’re an independent charity and you can contact us for support regardless of whether you’ve contacted the police, and no matter how long ago the crime took place. We’ll help you for as long as it takes to overcome the impact of crime.

If you call your local Victim Support team, we’ll make sure you get the information and support you need. This might be arranging a meeting for you to talk to us and receive emotional support in confidence, helping you to fill out a compensation form or get advice on how to make your home more secure, or referring you to other specialist organisations that can also help.

For practical help we can send you items that might help you feel safer, such as a personal alarm, at no cost to you. 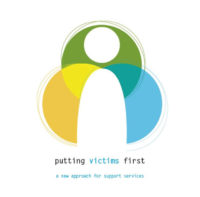 Specialist services in your area

As well as offering emotional and practical support to people affected by crime, we run a number of specialist services in Avon & Somerset including:

Last year we offered immediate support to over 10,000 people affected by crime in Avon and Somerset, and gave in-depth support to nearly 1,800 people.

‘It wasn’t until I spoke to Kath that I realised there was someone out there who cared.’

John, a victim of burglary, has been in touch with Kath at Avon and Somerset Victim Support since July 2015. As well as giving John emotional support, Kath is providing practical help too, like writing letters to the council on John’s behalf to try to improve his housing situation. Here John, 64, describes the impact the burglary has had on him and how Kath is helping him find the strength to move on.

I’ve been a strong man all my life.

I became very depressed after the burglary.

I became totally paranoid — anytime anyone walked past the window, I was there. It wasn’t a nice feeling and it was totally alien to me. I had thought I was stronger than that. It was a real kick in the teeth for me.

Talking to Kath at Victim Support is so helpful.

I explain everything to her and she listens. She is so sympathetic and she puts me at ease. We might talk for a good half an hour or 45 minutes every week. Usually, she calls me at an arranged time but I did call her once when I was really down, and she was brilliant.

Kath is helping me try to move up the housing list.

I live in a basement flat and because I’ve got a crumbling spine and arthritis of the hips — sometimes I can’t get up the stairs to go to the shops. It wasn’t until I started speaking to Kath that I realised there was someone out there who cared and would try to help if they could. She has written letters to the council for me and organised for an occupational therapist to come and assess me and the flat. I’m keeping everything crossed now.

I really don’t know what I’d have done without Kath — I don’t like to think about it.

Without her I’d be a crumbling wreck. Speaking to Kath has helped me come to terms with everything. She’s given me the encouragement to carry on. She still calls me once or twice a week. I do feel a lot better now, but I want to keep talking to Kath until I feel totally secure in myself.

Victim Support is very important to me.

As I’ve said, I’m a strong man, but they helped me. So if there’s someone out there who’s not as strong as I am, they’ll definitely need Victim Support. So I recommend Victim Support to everybody.

We work with a number of partner organisations in Avon and Somerset to make sure you get the support you need.

Find out more about some of the services and organisations we work with:

The Bridge is an integrated, comprehensive sexual assault support service for men, women and children in the Avon and Somerset area.

The Green House provides free counselling for people affected by sexual abuse in Bristol and Taunton.

Swan Advocacy provides advocacy and support to adult victims of crime and antisocial behaviour who have additional needs.

Young Victims’ Service is for young people up to 18 (and up to 25 for those with additional needs) who need help and support having been victims of crime and/or antisocial behaviour.

Shelter helps millions of people every year struggling with bad housing or homelessness through advice, support and legal services.

The Law Centre provides free legal advice and representation, legal education and training, capacity building for other advice agencies, and advocates for changes to public policy that promote equality and justice.

The witness service offers emotional and practical support to witnesses before, during and after the trial.